Secure Your Seat
Make a Donation

Representation of Women in Data Science 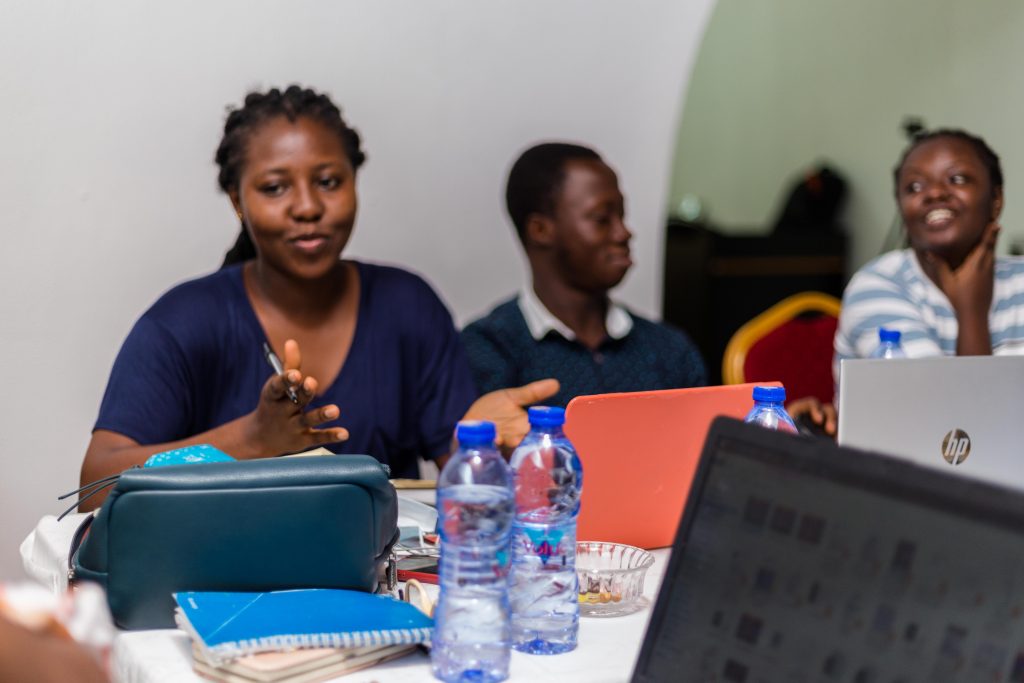 Liberalism has been a catalytic factor for driving change in discourses concerning equality and inclusion— gender equality being one of the major dynamic areas. Nonetheless, like many social and political liberal movements, the conceptual and theoretical narratives aren’t always reflected in social policies and change.

Despite the progress we have had with gender equality and inclusion, the representation of girls and women in the field of Science, Technology, Engineering and Mathematics (STEM), are to some extent incontrovertibly not as progressive as it could be, considering how much progress we have had in theory.

Gender imbalance in a lot of industries has been highlighted alarmingly during the recent years. It is no secret however that STEM professions lack diversity. Generally, in the world of data science, especially here in Africa it is seen to be usually a male dominated field with women often underpaid, underrepresented and unseen.

Recent statistics across multiple studies show that women make up a measly 15% to 22% of all data scientists globally. According to the World Economic Forum 2020 report, it was seen that only 26% of professionals employed in data and artificial intelligence in Africa are women. This report also showed that it would take Sub- Saharan Africa 95.1 years to close its respective gender gaps.

The continent is not only lagging but also lacks especially skilled women human resource to take advantage of technological advancement. According to the 2021 Women in Data Science report, women face myriad blockages in joining science, technology, engineering and mathematics fields, as a result of the absence of role models and mentors to encourage them to take these subjects and careers in these fields as well as limited scholarships and finances to continue professional development.

Information Technology is one of the fastest-growing industries birthing various opportunities for employment. In a world of techno-progression, some of the highest-paying and economically impactful roles are found in this field. To close the gender pay gap, it is imperative that women and men have the same access and representation in the world of data science. If we do not work to bridge the gap, women will invariably remain in the low-paying jobs that are likely to be replaced by technology in an increasingly techno-progressive world.

While we recognise the objectivity of data, it must be noted that there are also streams and paths of data science that allow the permeation of subjectivity. Data scientists get subjective data through the choices they make about data collection and data analysis. Either consciously or unconsciously, data may be affected by embedded ideologies, life experiences, interests, and values.

Data scientists may produce data sets and algorithms with encoded sets of values. Consequently, the underrepresentation of women in data science increases the risk that data-driven policies will be designed and implemented in ways that harm their interests.

Women in data science roles help to mitigate biases by providing alternative perspectives when extracting patterns and building algorithms from big data. It is important for the inclusion of women in data science because they help to ensure that women are not left behind in a world where predetermined algorithms influence all aspects of our lives.

To increase the representation of women in Data Science and other STEM professions, there has to be several scalable measures put in place. Providing female mentorship to start would encourage and motivate more young girls and women to take up STEM professions. Organizing specific female data science events in Africa, targeted internships and training opportunities at all levels of knowledge.

The ability of Africa to harness scientific and technological knowledge is rather important for its socio- economic development and competitiveness when moving into the digitized age. Inclusion of everyone in the society, especially our girls and women are needed for the continent to fully participate in this technological age and achieve its development goals.

Kickstart your data analytics or data science career by joining the next Blossom Academy bootcamp. Sign up at bit.ly/blossomofferings.

We are located at